Taiwan being an island nation closely related to China. Historically are strong in Chinese martial arts. During the 1990s &… 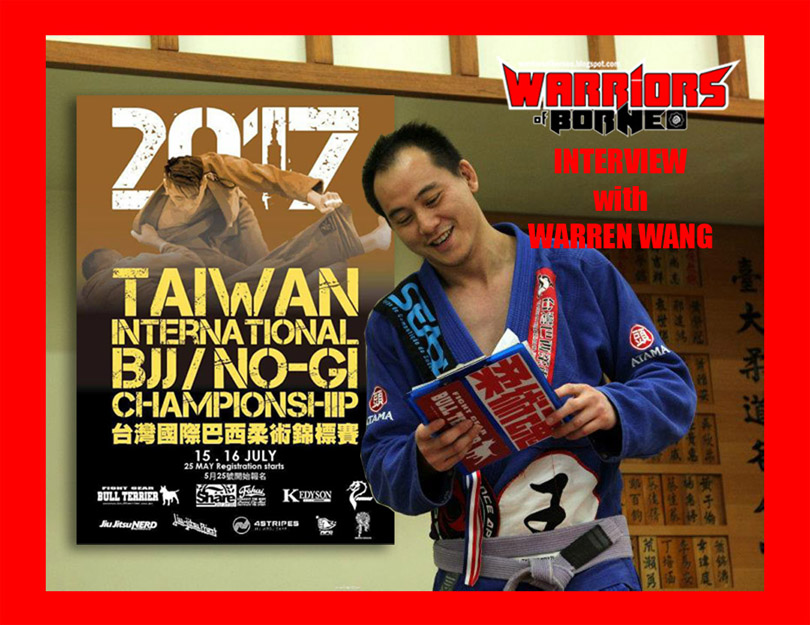 Taiwan being an island nation closely related to China. Historically are strong in Chinese martial arts. During the 1990s & 2000s Tae Kwon-Do became very popular and Taiwan won medals in the Olympics.

As Taiwan economy grew and business and manufacturing industry became dominant work, practicing of martial arts became secondary to getting a good education, hence less parents send their children for martial arts classes. Mainly Chinese martial arts are practice widely for competitive performance such as Wu Shu and for health such as Tai Chi.
Brazilian Jiu-Jit Su made popular by the Gracie family of Brazil and the popularity of UFC, has been slowly but surely making in roads to the martial arts scene here.
This weekend of 15-16 July, Taiwan BJJ Open 2017 will be entering it’s 13th year. 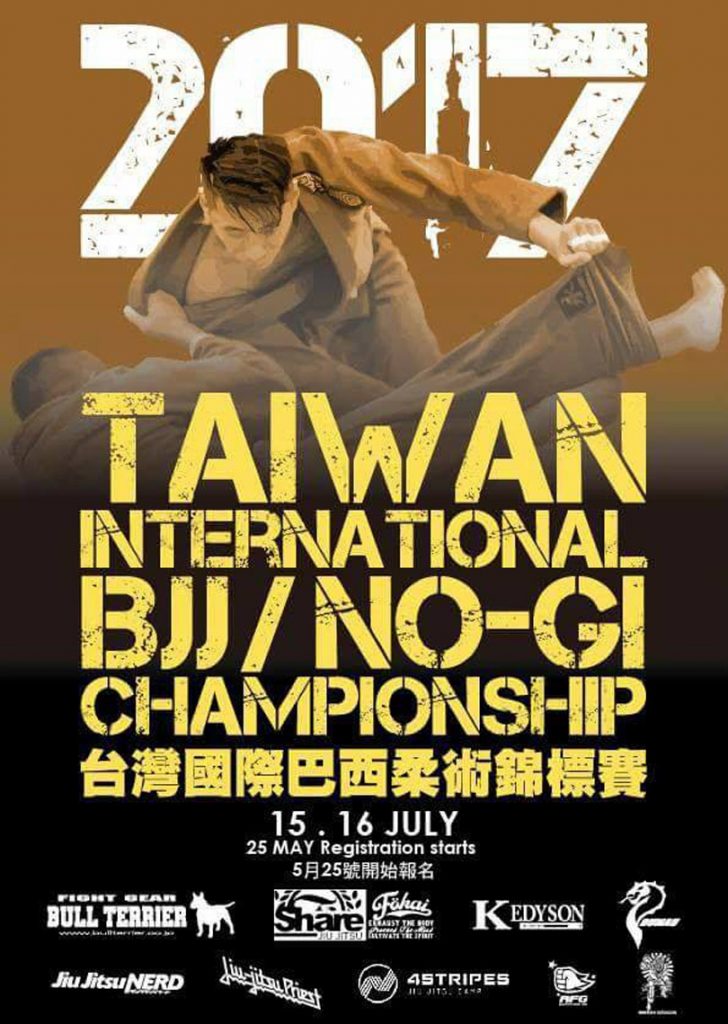 So how did BJJ came to Taiwan?

This is thanks to Dr. Warren Wang. The founder of Taiwan Brazillian Jiu-JitSu Academy and Tournament Director of Taiwan BJJ Open. Warren also holds a position in Asia MMA powerhouse ONE Championship as their Vice President of Medical Services. 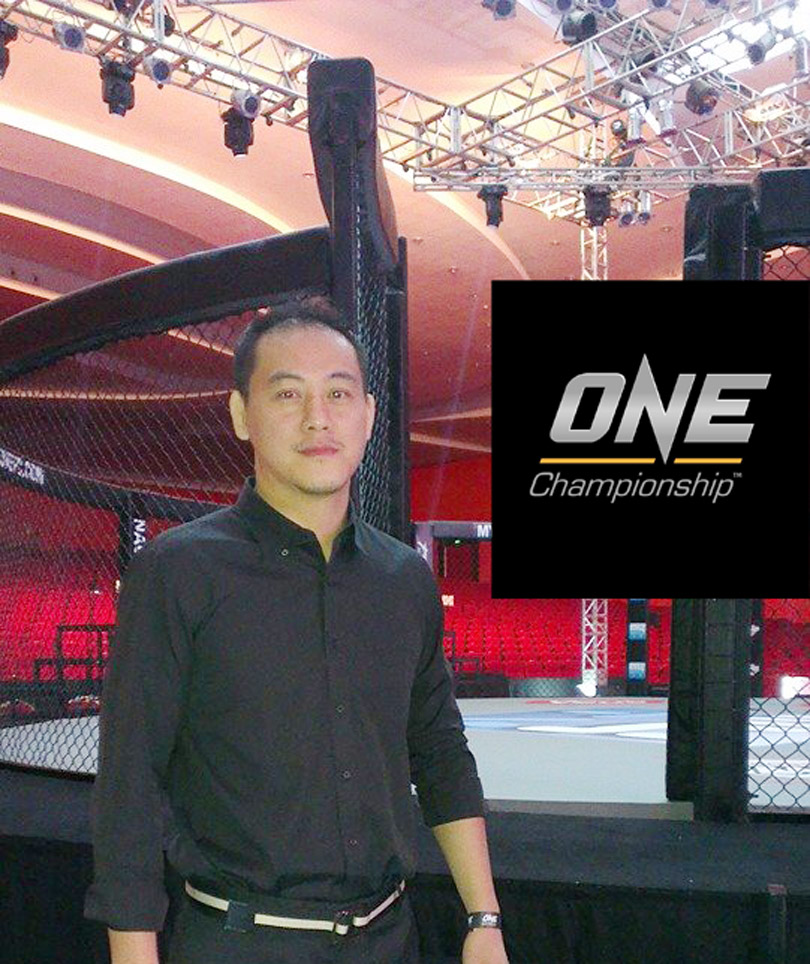 Warriors of Borneo (#WRB ) had a catch-up with Dr. Warren.

Can you share with #WRB on the start and development of BJJ in Taiwan?


I started BJJ after UFC 2 in 1995. I trained for 2 years under Grandmaster Carley Gracie in San Francisco. Then I came back to Taiwan for medical school.


After 4 years of searching and waiting for a BJJ school to start in Taiwan… I decided to start a club in 2003, teaching 2-3 students on small puzzle mats. I was a white belt at the time.


Soon, a group of guys in Taipei heard of us and asked me to come to Taipei to teach every Sunday, class first started on tiles in a apartment complex community room.


In 2004, Andy Wang came to Taipei, Taiwan and started the Taipei BJJ Academy. The same year I was promoted to a blue belt.


After two years, Andy left Taiwan to pursue TUF ( UFC’s The Ultimate Fighter Season 5 ) and I took over the Taipei school, then I consolidated the Taipei and Taichung BJJ school under the Taiwan Brazilian Jiu-Jitsu Academy banner.

I think i was promoted to Purple belt in 2007 by Andy Wang and recently promoted to Brown belt earlier this year by Professor Makoto Ogasawara. 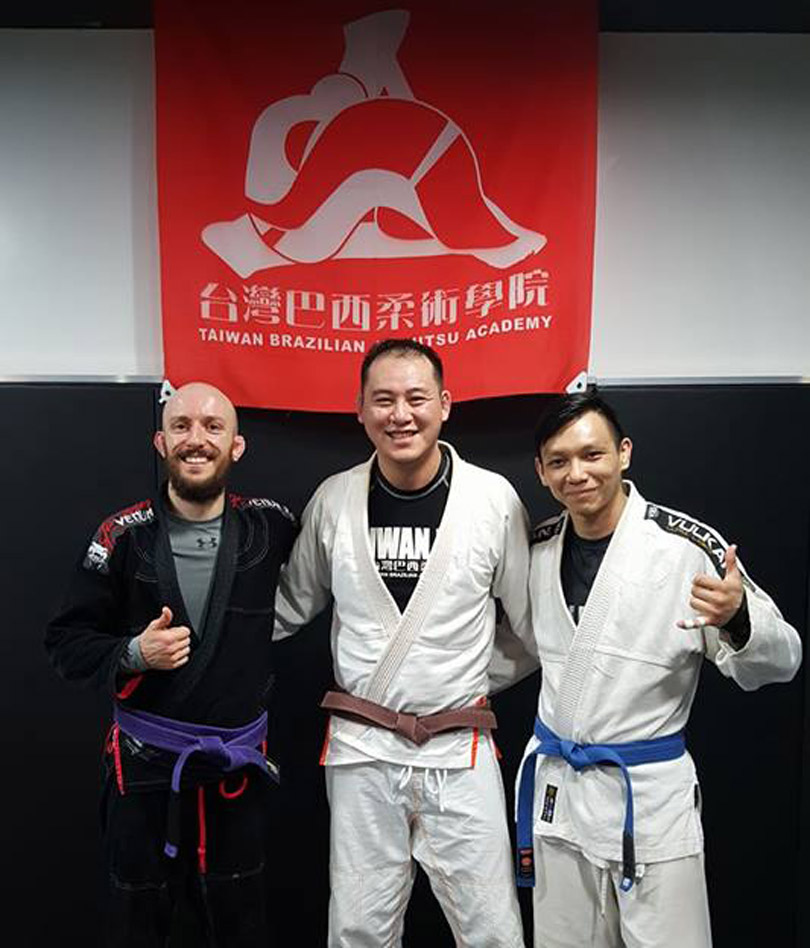 In 2003 I hosted a tournament in Taichung at an outdoor plaza with puzzle mats. The referee was Thomas Fan (current black belt and owner of Kylin BJJ) from Hong Kong (purple belt) at the time.


He brought his student Takizawa Keisuke (current black belt and owner of Kowloon BJJ), we had about 30 competitors from Taipei, Taichung, and Kaoxiong (south of Taiwan)


Related:  Ben Askren: By the numbers

Was that the first Taiwan BJJ Open?
Yes that can be considered the first one.
In 2014 the Taipei group got bigger and we brought in Andy Wang.


We held an international tournament in a mall in Taipei with competitors from Hong Kong, Korea and the Philippines.


Andy Wang was promoted to black belt by Baret Yoshida and Egan Inoue prior to the tournament. Then we’ve held a tournament every year except one year, ever since.


Currently we have two tournaments a year. Taiwan BJJ/no-gi International  in the summer time and Taiwan Open in the winter time.


Our tournaments has grown in popularity in the last 4-5 years, from an average of 100 competitors to over 350 now.


In the martial arts scene of Taiwan, Tae Kwon-Do is still popular?
What other combat sports has Taiwan made a name in?
What do you think fuel the growth of BJJ in Taiwan, was it the UFC MMA craze?
Taiwan is not particularly strong in any martial arts. I would say that are a few that have worked really hard by themselves with no sponsorship and no government support… and made it, the few in Tae Kwon-Do Olympics.


San-Da is also a more popular martial arts. But no, I don’t think UFC fueled the growth of BJJ in Taiwan…maybe in the beginning. That’s what people got in the door in the beginning, but most of the new students now are training BJJ because of BJJ… not MMA.

How many competitor are you expecting this year?
This year over 350 competitors and I think over 50 different schools.


Wishing you a very successful event
Thank You, I have a very reliable organizing team, together we run it very well, And we expect it to be the same this year.

Some pictures from 2016 championship 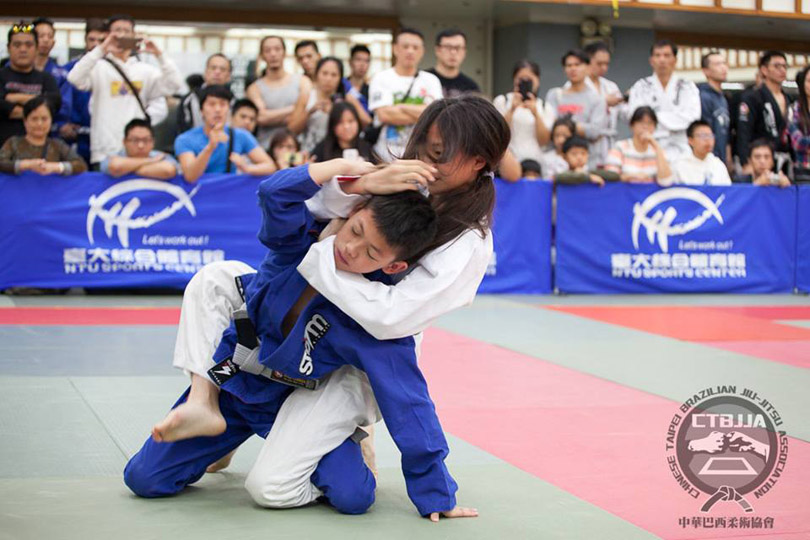 Borneo warriors from Sabah will be represented by the collaboration of two clubs in Kota Kinabalu; KINABALU FIGHTERS – UNITY BJJ Academy.

KINABALU FIGHTERS (KF) has been around since 2009, (read about KF’s background here) founded by Johan Julian Lee Abdullah. KF is a pioneer in martial arts gym that started MMA, Muaythai & BJJ classes in Kota Kinabalu.

Coach Soh is a brown belt, teaches BJJ class in KF. Khairul is a blue belt under him, while Vivian & Cosmin are white belt. Cosmin also coaches a Kali-Escrima classes in KF.

UNITY is a young club was formed just a few months back this year and has been growing the BJJ scene in Sabah.

UNITY first 100% Brazilian Jiu Jitsu (BJJ) only training centre in Kota Kinabalu and possibly in Sabah. Located at City Mall, the centre is owned and managed by Syaiful, Jason and David, three BJJ fighters who opened the centre out of their passion for the martial art, with the objectives of seeing the BJJ community grow and create the awareness that this beautiful martial art not just for the skills involved but also to learn how to have a stronger mentality and finding solutions to go through and overcome challenges.

This is all made possible with the support of sponsors, from KINABALU FIGHTERS, UNITY BJJ,  DEKOJUTA DEVELOPMENT S/B and from BJJ apparel partner AESTHETIC. 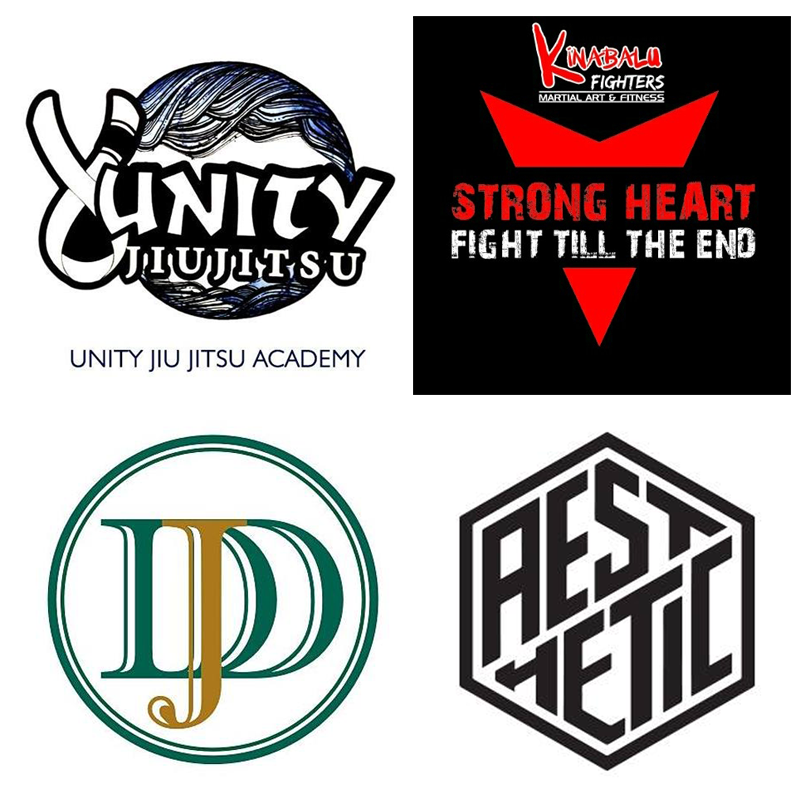 Warriors of Borneo wishes the SABAH team all the best!

Najihin: The cat emerges from her shadow

Hisyam Samsudin – A victory more precious than a title belt

Hisyam Sam: Nothing ventured nothing gained

Linn Yong – Feeling at home in the kitchen , jungle & the muaythai ring too

Events, One Championship, Social 3 months ago

Events, One Championship, Social 9 months ago 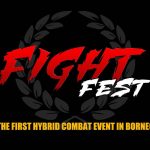 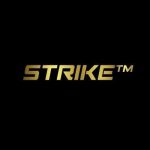 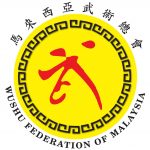 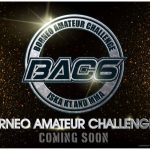 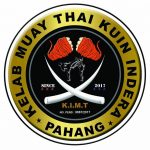 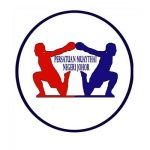 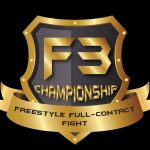 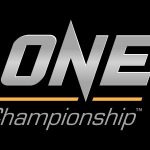